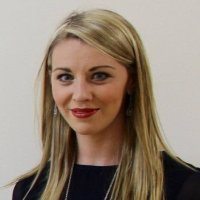 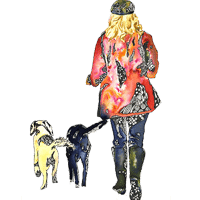 Donegal designer, Eilis Galbraith is an experienced Textile Designer, offering a range of hand drawn, digitally printed Homeware Products, that are designed, created and made in Ireland.

Eilis began her studies in the North West Regional College, Derry where she completed a Foundation Diploma in ‘Art and Design’, and a Higher National Diploma in ‘Fashion and Textiles’. From here she gained direct entry into third year BA(Hons) ‘Design for Textiles’ in Heriot Watt University, Galashiels, Scotland.

In July 2016, while showcasing her Textile Graduate Fabric and Wallpaper collection at ‘New Designers’ (an exhibition for emerging design), held annually in London, Eilis was nominated for an Award as ‘New Designer of the Year 2016’, were she was in the top 4 from a pool of 3,000 new designers.

Since beginning her business in November 2017, Eilis was shortlisted as a Donegal Finalist for Ireland’s Best Young Entrepreneur for Best Start up Business in 2017.

Her collections are made using a variety of media and are inspired by Irish Country Living, taking inspiration from her rural surroundings. By incorporating painterly imagery mixed with detailed illustration, she creates designs in which you can only see the true detail in the design on close observation.